The Vrienden van Amstel LIVE! (Friends of Amstel) is a Dutch concert series that is staged every year in Ahoy, Rotterdam. The concert series is organised by Amstel and in January 2015 attracted some 125,000 visitors!

The Vrienden van Amstel LIVE! started on 15 January 1998 under the title De Heeren van Amstel LIVE! (Men of Amstel) that is also the name of the first recording location: A typical Dutch brown café on the Thorbeckeplein in Amsterdam. In the initial years, the programme was presented by Barry Hay, later this job was taken over by Manuëla Kemp, followed by Ellen ten Damme and Daphne Bunskoek. Still later Xander de Buisonjé took over the presentation. The title was changed to the Vrienden van Amstel LIVE! in order not to arouse the impression that only men performed and because the programme was later also recorded in other cafés elsewhere in the country.

The largest bar in the Netherlands has been opening its doors in Ahoy Rotterdam since 1999. Since 2010, the organiser Amstel beer has been working together with producer Tribe Company. Within these 17 years, the event has grown into a leading music event in the Netherlands where a wide variety of different music styles come together with surprising collaborations between artists and spectacular decorations with special effects. Alongside the Vrienden van Amstel LIVE!, the Helden van Amstel LIVE! (Heroes of Amstel) series started in 2010. Here Dutch artists sing songs by artists and bands who had inspired them in their music, their heroes.

Since 2011, InterStage has been engaged to supply the constructions and lift technology for the largest bar in the Netherlands, the Vrienden van Amstel Live!, on behalf of Tribe Events.

Every year, a new look & feel is created for the shows and the ideas of set designer, Gert-Jan Schreuder, are put into practice. Annually recurring objects are a custom-made steel construction on both sides of the main stage and a VIP deck of 1500 m2. Under the VIP deck there is a space of 500 m2 available for the backline of the artists on the C stage. The Steelspan floor system is used here, a modular system with large free spans. An automated lift system is used to minimise change-over times.

Every year, around thirteen trucks travel from InterStage to Ahoy, transporting a total of 350,000 kilos of material. Within a time span of 4 days, work is carried out continuously night and day in shifts to keep the tight schedule. 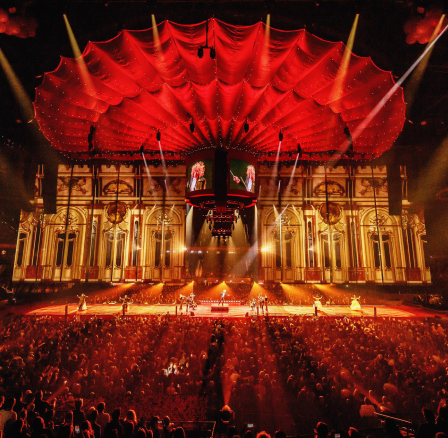 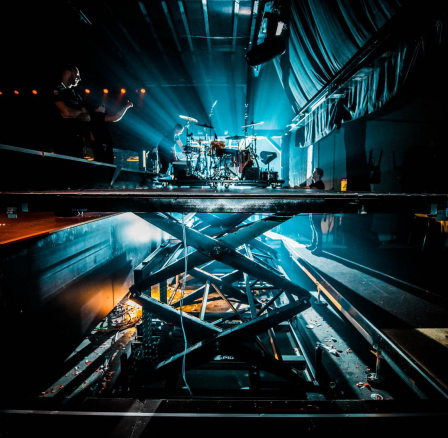 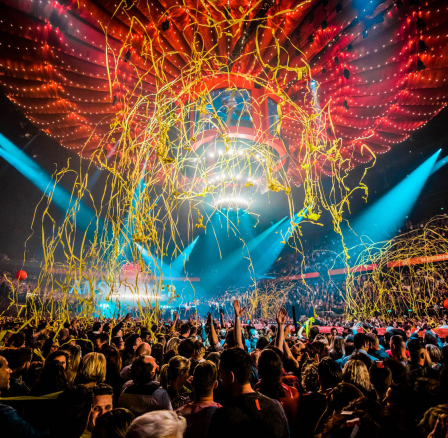 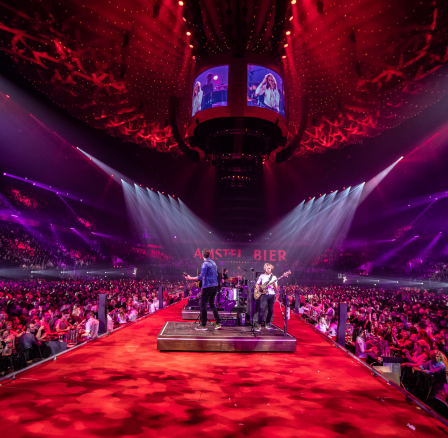 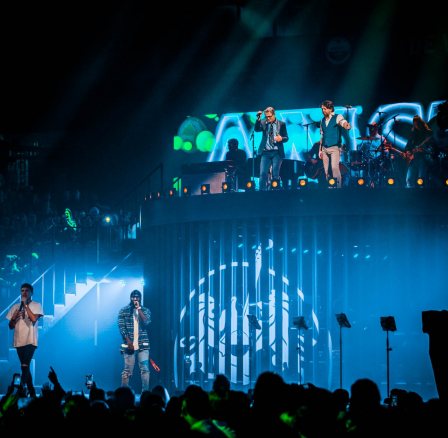