Since 24 May 1956, the Eurovision Song Contest has been an annual song presentation and competition that is broadcast on television throughout the whole of Europe; since 1967, the festival is also broadcast in countries outside Europe. Furthermore, the festival can be followed on the Internet. The festival thanks its name to the Eurovision TV Distribution Network, a part of the European Broadcasting Union (EBU). Any active member of the EBU can participate in the song festival, which means that a few countries just outside Europe can also take part.

In 2015 the ESC was held in the Wiener Stadthalle in Vienna and InterStage was asked by the decorators, Unbranded, to supply the main podium. In addition to the main podium, the motion for the opening, the compartments of the Green Room and a gantry with 40 soundproof commentator boxes were also supplied by InterStage.
Outside were a number of cable bridges. 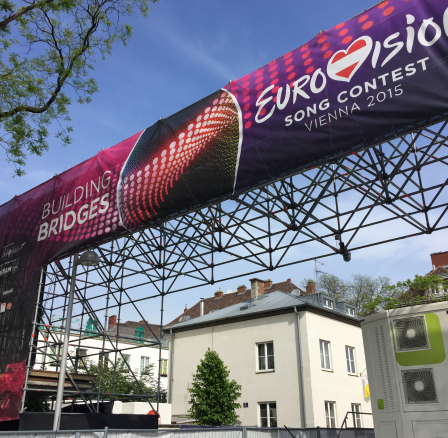 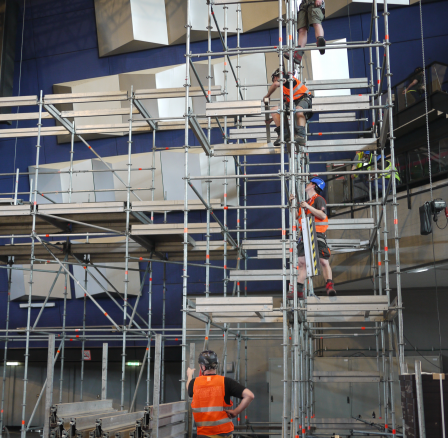 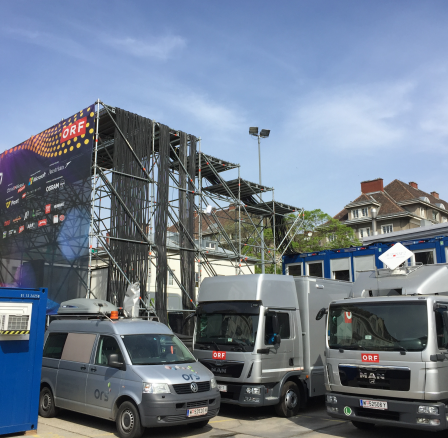 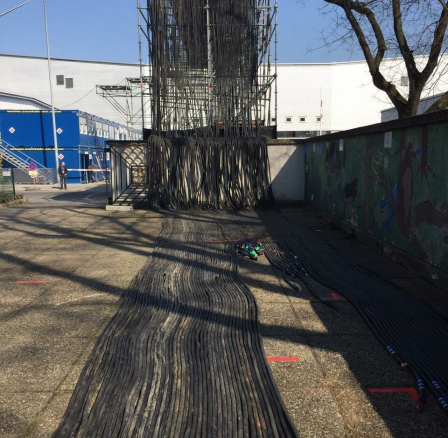 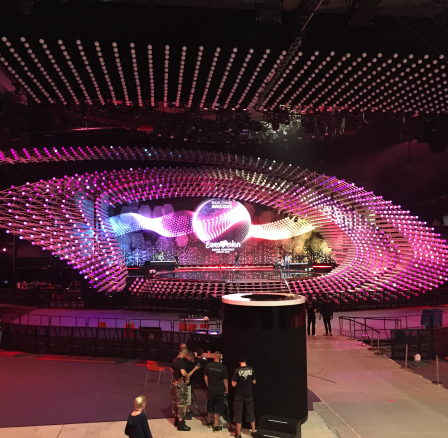 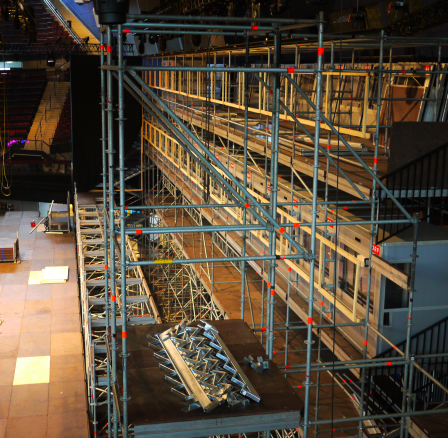 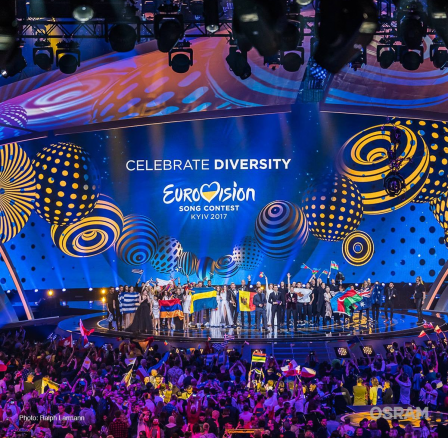 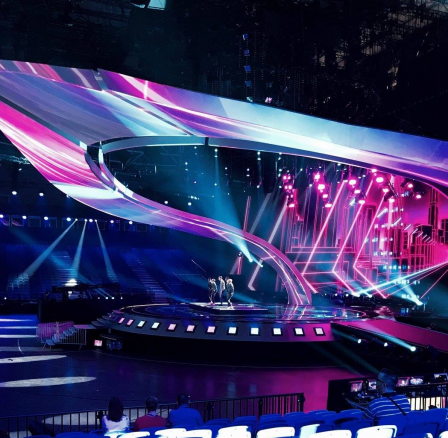 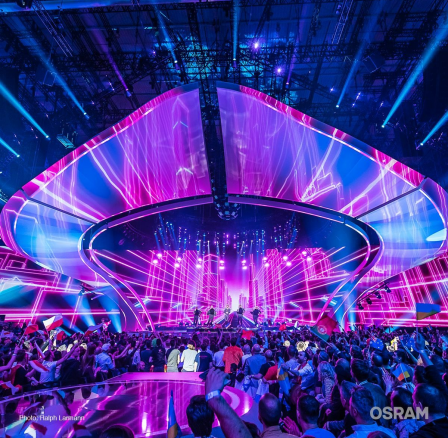